Today was the Chinese New Year parade in Vancouver though, and of course, again, I forgot to go.
Possibly for the best, it was a lousy rainy day. But, still. Yargh.

But annoyance aside, here's to a happy and prosperous Year of the Dragon.
Last week I got to read a few books to students about the new year traditions and even got a couple red envelopes (no money though, just candy - fine by me).

Found these photos in the life archive from 1954. Photographer:Joseph Scherschel Men building up a fire in front of an altar durng the Chinese New Year celebrations. Men gambling at a game of Mah-Jong durng the Chinese New Year celebrations. Trees, a lake, sun and my fantastic friend Steph.

Camping in the summer in Squamish.
Posted by Chloe Lees at 12:14 PM No comments:

I would buy these for my dad:

And these for my sister Calypso:

And these for myself!

Gorgeous books sets (just in time for Valentine's!) from Juniper Books
Posted by Chloe Lees at 8:30 PM No comments:

Totally blown away by these cross-stitched ads by Inge Jacobsen.

Talk about inspiring - time to pull out my embroidery thread.
Posted by Chloe Lees at 2:12 PM No comments: When I got my Canon A-1, one feature I was especially excited about was its ability to do double exposures. Ever since I learned about how to do them (around 12? 13?) I've loved them. Gimmicky? Maybe, but I do love a good gimmick.

I really didn't expect this one to turn out - but oh how it did! Campfire and beautiful full moon from our Squamish camping weekend.
Posted by Chloe Lees at 5:38 PM 1 comment:

January 10th is an important date for me, for two reasons now.

First, it's the date I took a pretty big step and moved from Hamilton to Vancouver some 4 years ago.
The past 4 years have seen a LOT happen - good and bad. It took me a good while to get settled out here and find my footing. I am happy to say that at this point in my Vancouver life I'm pretty dang pleased. I still miss Hamilton like crazy, and all my family and friends. But I have settled in a neighbourhood that I love and within a group of friends whom I adore. Back in 2008, Wreck Beach in November (much less nakedness) Statues and blossoms at English Bay, visiting with Calypso in 2010 The newest significance to January 10th is that it's the date, one year ago today, that this little bundle of joy entered out lives. Miss Minnie Pearl has grown from a wrinkly ball of crazy into a very sturdy, still wrinkly, lovely little dog. This is a photo from an amazing camping trip in the summer, which I'm pretty positive she absolutely adored. Afterward Adam and I both noticed a definite change in her, in that she was much more receptive to what we said. I think she was pretty grateful for the mini vacation.

And I can speak for both Adam and myself, that we are both extremely grateful for all of the hilarity, cuddles and snorts (sooooo many snorts) that Minnie has added to our lives. Minnie stealing focus from the always-lovely Caitlin and Tony.
Posted by Chloe Lees at 2:26 PM 1 comment: Photo by Caitlin, at her lovely place

I spent my New Years Eve with a lovely group of people in a lovely place.
I made the banner above, after being inspired by this post.

The new year has never been a huge deal for me, I've always been more influenced by the school year and looked at September as more of the 'fresh start' time of the year. That being said, I do usually make a few resolutions, usually of the "just be more healthy" variety. This year, though, I did come up with a couple rather specific things, and I have a feeling the specificity will make them easier to stick to.

Again along the healthy line, I've resolved to cook fish at least once a week and to do a veggie dinner once a week as well (as a lover of alliteration I was thinking of a "Meatless Monday" theme). Tonight I did pan fried tilapia and yesterday it was roasted veggie sandwiches with sunchoke purree (on homemade bread no less!) so I'm off to a good start already.

Though I adore a good restaurant meal, I do cook a lot at home and those meals are generally pretty healthful. They may contain some indulgences like duck fat and such, but hey...that's still better than all that processed crap, right? ;) A more general resolution, which I guess is ongoing, is just to keep up with the home cooking with whole foods.

I also want to get on my "swimming regularly" goal from my 29 Before 30, and tomorrow my plan is to march on over to the pool and sign up.

I hope everyone out there has had a good start to 2012, and if you've made any resolutions - all the best with them!
Posted by Chloe Lees at 11:03 PM No comments:

I'm Chloe, a gal from Hamilton but living in Vancouver for the last 4ish years. This blog is a collection of things I like and things I do - welcome! 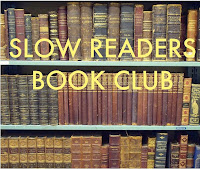